hands
Protoyping Electronic Devices Final
Hands lit up by a UV led matrix. The hands were cast with epoxy and fluorescent pigment. A UV led matrix PCB was fabricated in order to illuminate the hands. 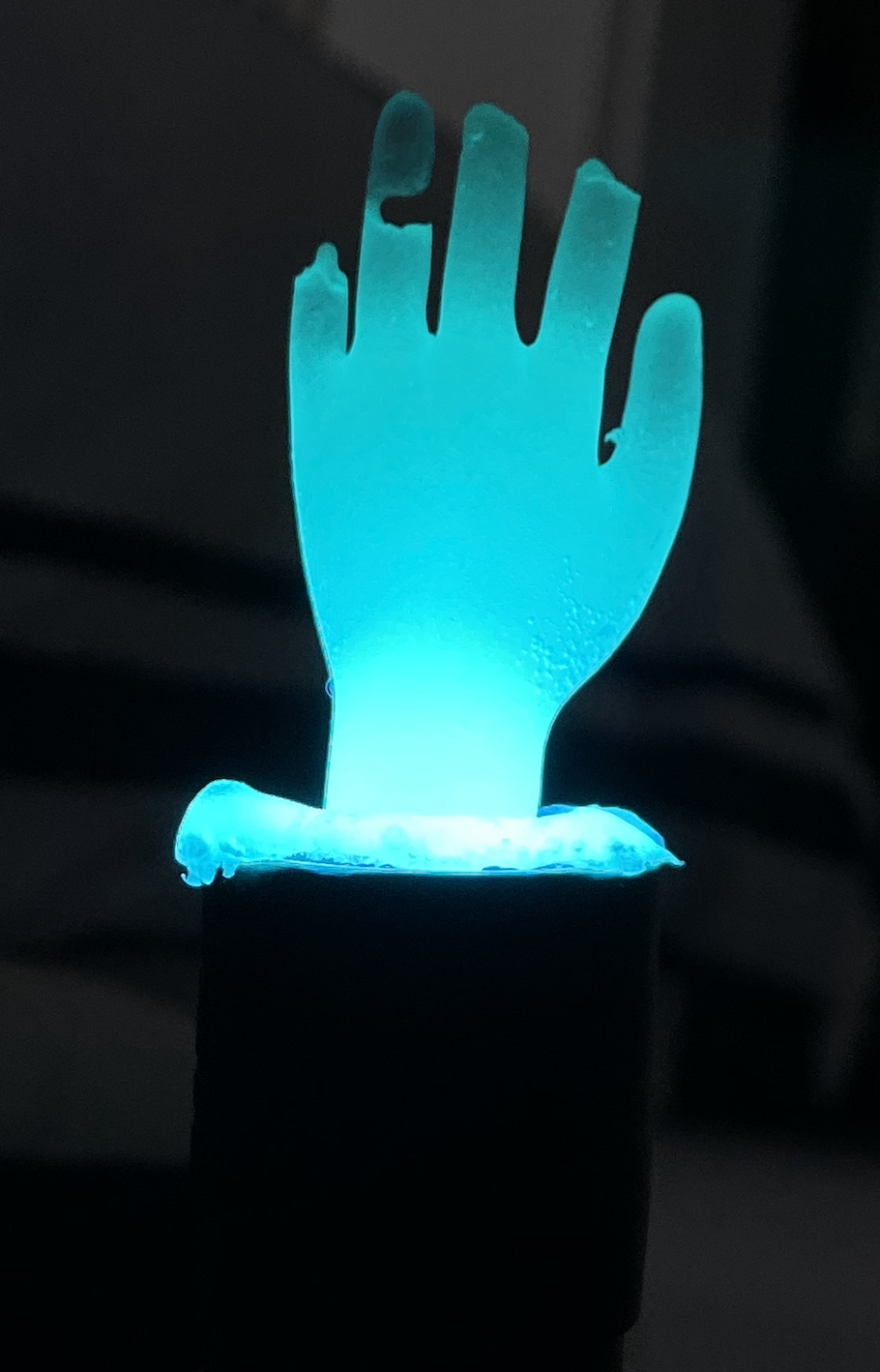 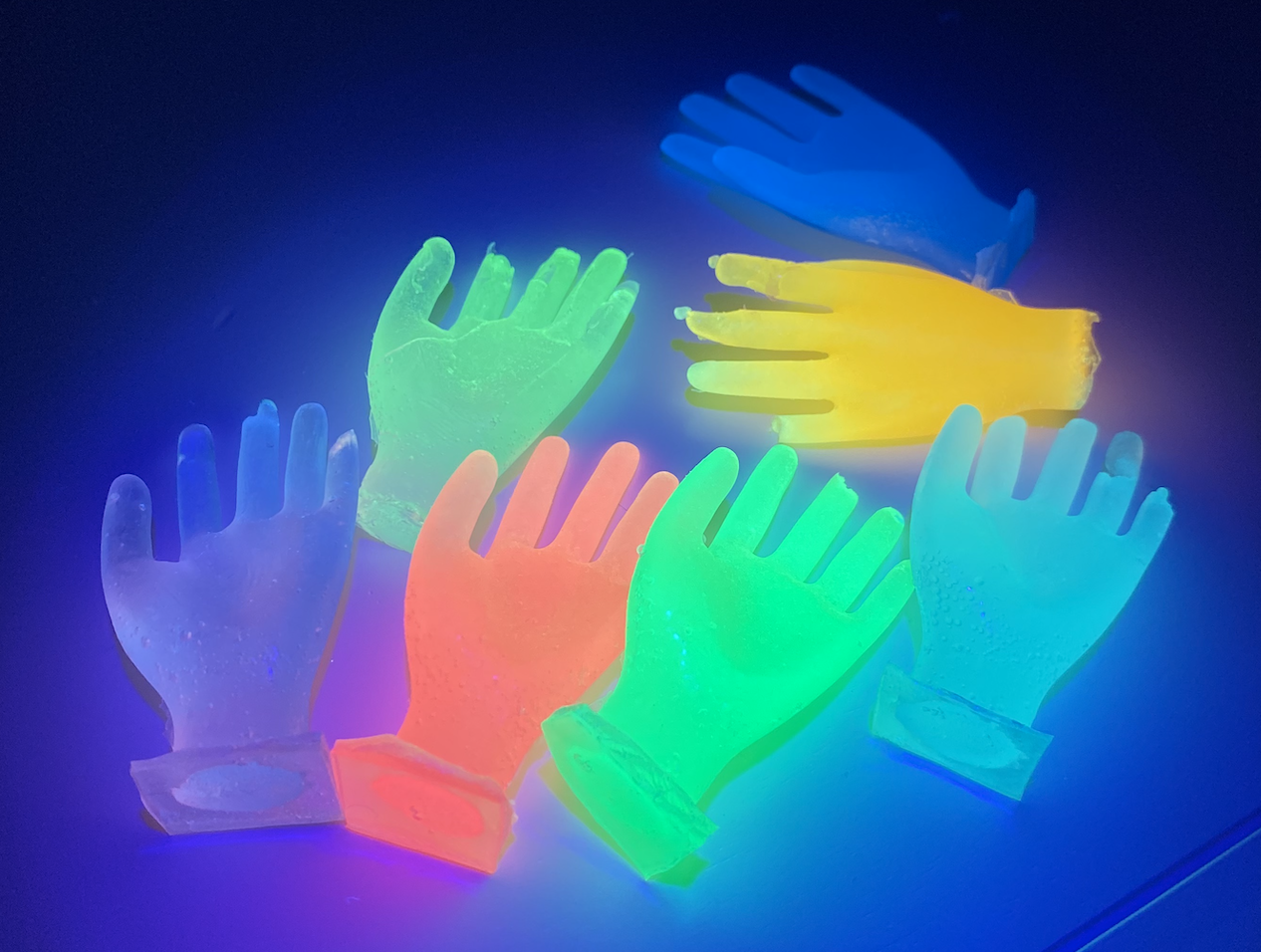 Many fluorescent epoxy hands lit by UV light.
Originally I wanted to  recreate a soft PCB of a standard led matrix with more spacing between the leds for my final project. This changed after I had tried casting epoxy and fluorescent pigment into a mold of a small left hands. I then decided to try an illuminate these hands using UV leds in a matrix on a soft PCB. After looking at the cost of a soft manufactured PCB, I decided to scrap the idea and continue with the standard PCB. Since each casted hand has a pre-determined base, in terms of size, I wanted to create a UV led matrix that would match these measurements. Most of the already made led matrices have a uniform, tight amount of spacing between each led, but I wanted to create a matrix with more room so I could place each hand. 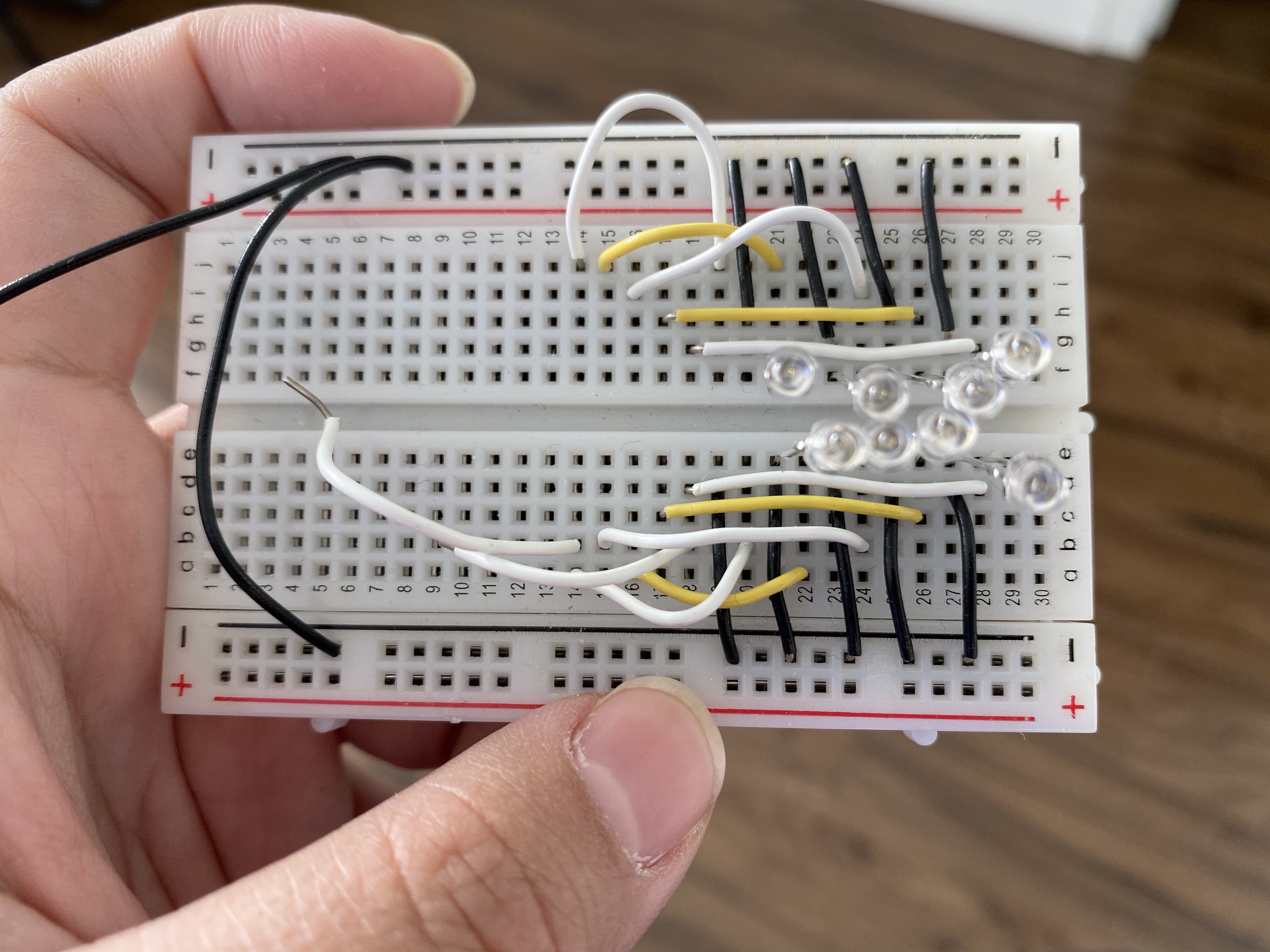 Random leds being lit for prototyping.
I started out by creating a 2 x 4 led matrix using a breadboard in order to prototype and test the wiring and code that I would need in order to control the matrix. I used an arduino and some simple code to control each led in a random fashion. Then I went onto creating the schematic on EAGLE and laying out the components on the PCB. I chose to use cheap SMD UV less with a sorter wavelength of 405 nm because shorter wavelengths are more invisible and carry more energy. Other components I used were a 1 x 3 female header, a 1 x 4 female header, nine 405 nm UV led (VLMU3100-GS08), three NPN transistors 600 mA/40V (SP1305-02HTG), three 220 Ω 0805 resistors and three 1k Ω 0805 resistors. 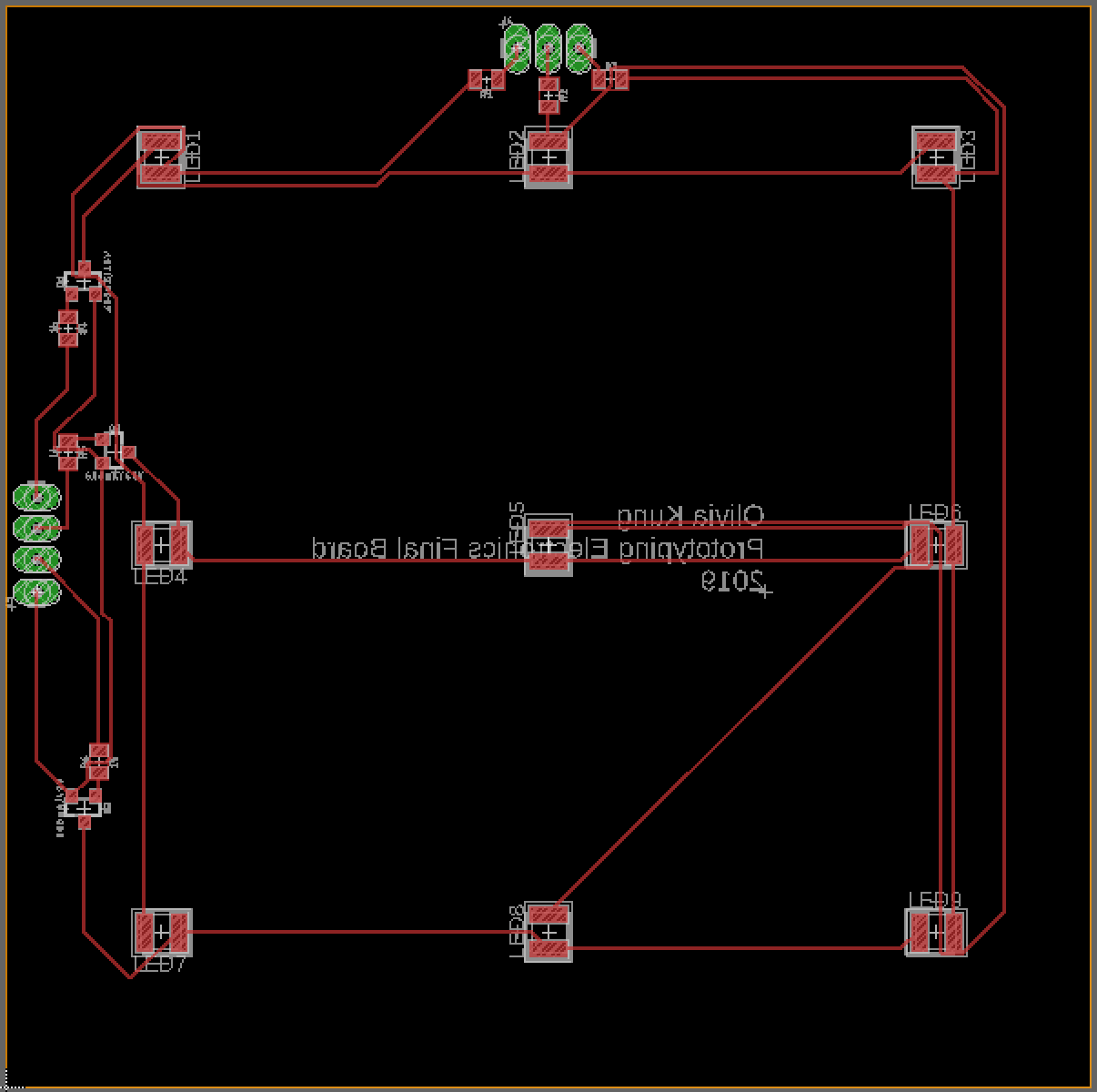 Board layout of the UV led matrix. 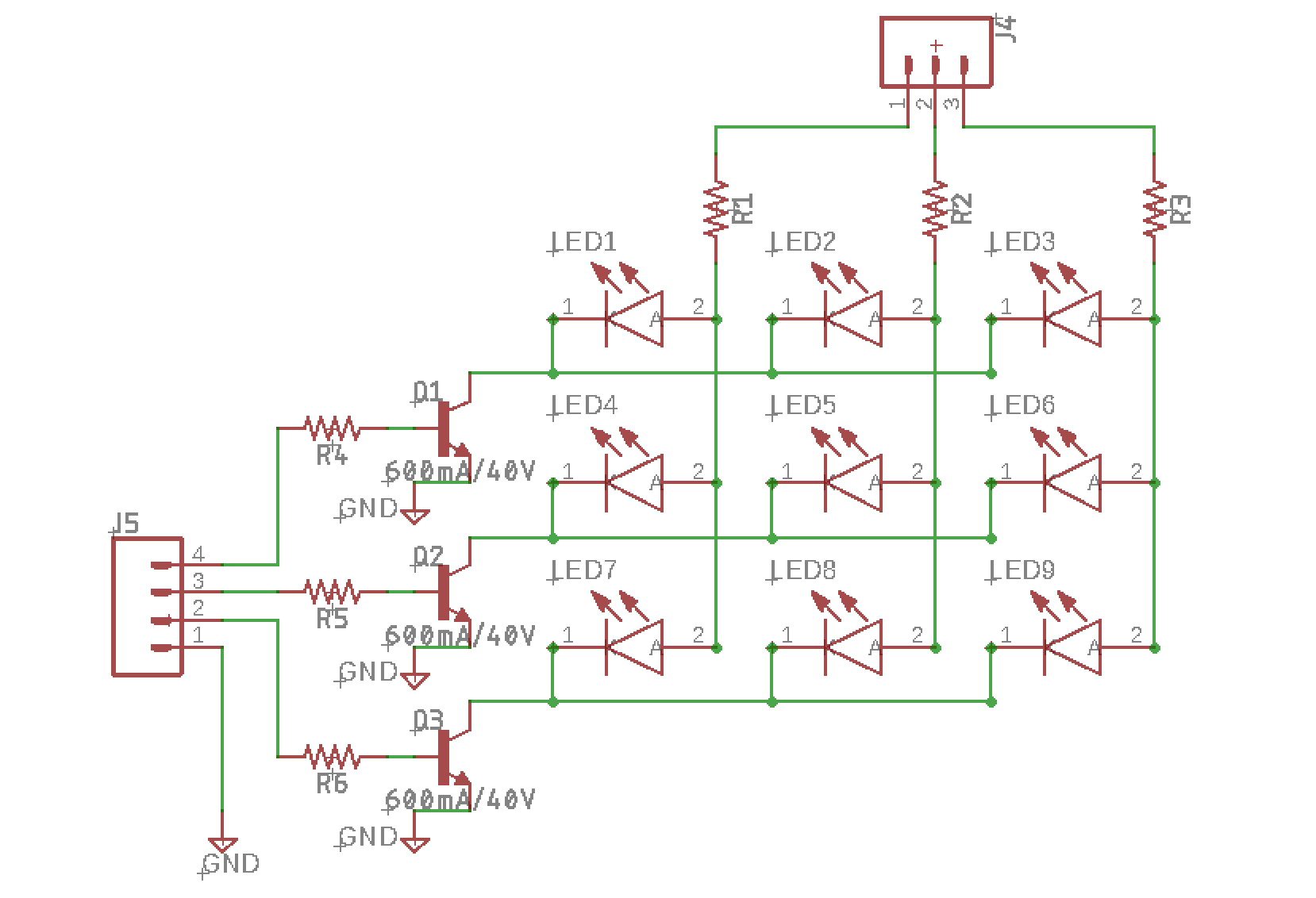 Schematic of the UV led matrix.
When laying out the individual leds on the PCB, I had to account for the base of the hand, which is around .43 x .52 inches. Using these measurements and trying to account for additional overflow space, I made the spacing between each of the leds around 1.5 inches, which led the overall board to be around 3.5 x 3.5 inches. Originally I wanted to create a larger board with more space in between, but due to cost  I had to make my board smaller. 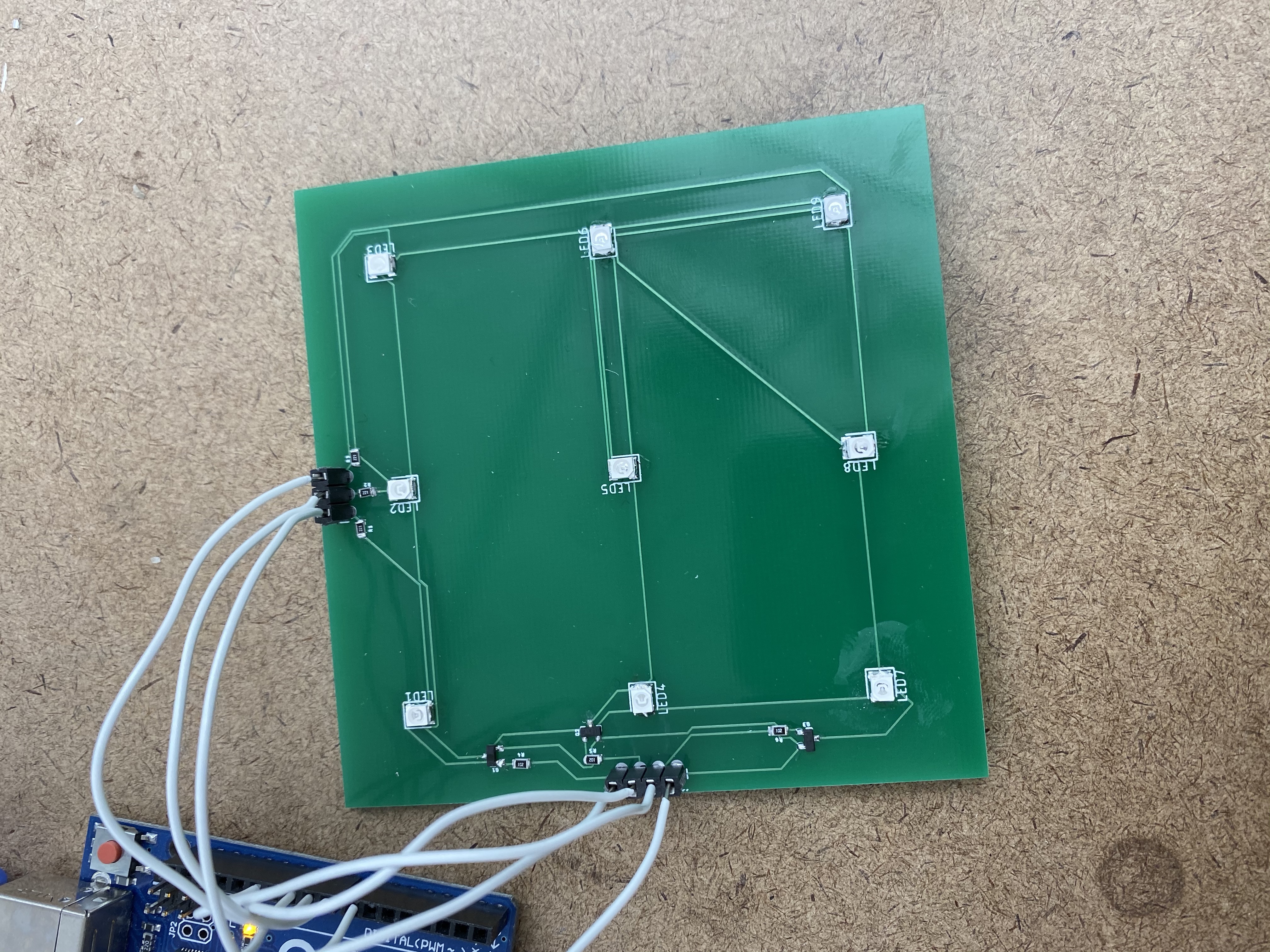 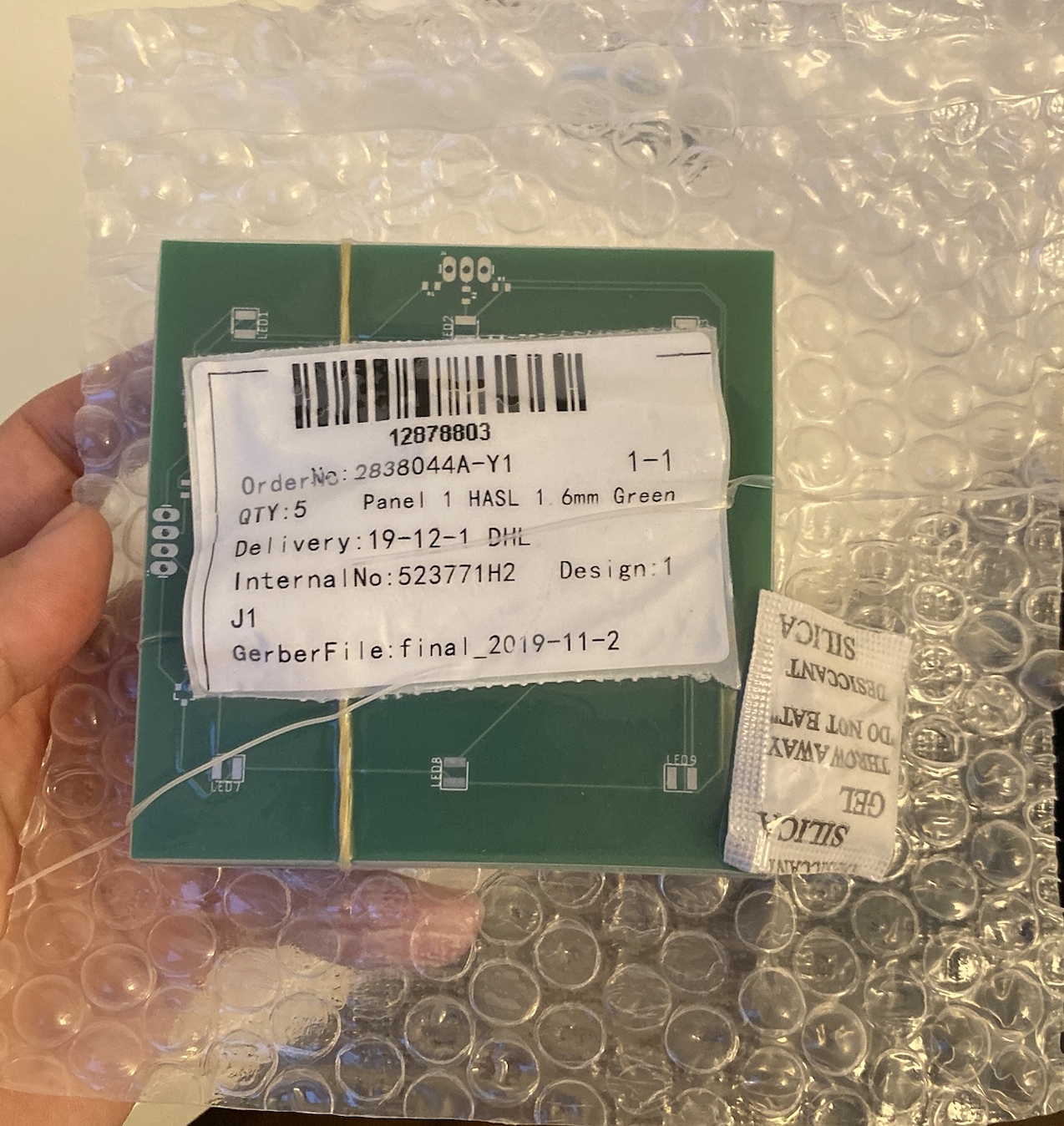 PCB boards packaged after being sent out.
After I sent my boards out to be made, I assembled them by hand using a soldering iron. I was able to successfully solder on each component, but had some mishaps with placing the UV leds properly. Although I took note on the direction, I still ended up messing up the placement, which I think caused my boards later to work semi-properly. Also I noticed that the brightness of the leds were quite dim, which I think was caused by the reduction of current due to the transistors. Although I wanted to individually light up each led, I was unable to, I suspect because of the misplacement of the UV leds , but I was able to successfully light up two random, adjacent leds. 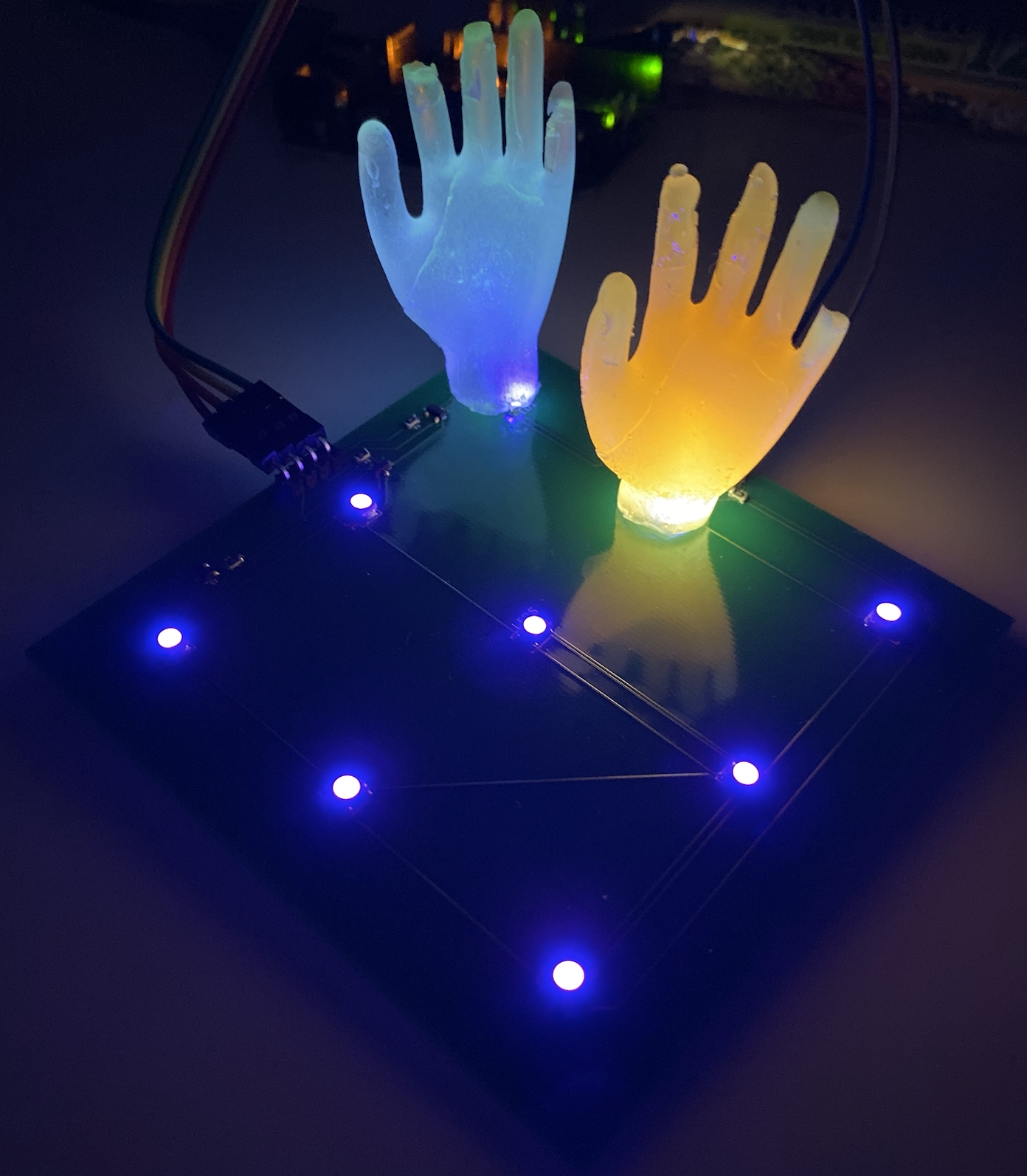 Testing the illumination of the hands on assembled matrix.

Testing the leds of assembled matrix.
I was able to show two of my PCBs with 18 small left hands at the 2019 ITP Winter Show. After getting feedback, I was able to reflect and think about what I'd change if I were to continue this project. I'd like to have added more space in-between the leds because I was unaware of how crowded the hands would look after placing them all on the matrix, with the scale of the hands and the small boards, the hands looked disproportional overall. I'd also try and change the brightness of the leds because the room was semi-dark and there was too much light in the background to truly see the lit leds. Finally, I would have liked to incorporate some sort of input into the controlling of the leds. Whether it be sound or some sort of distance component, I think this would have been more successful to the audience had there been some sort of interaction. 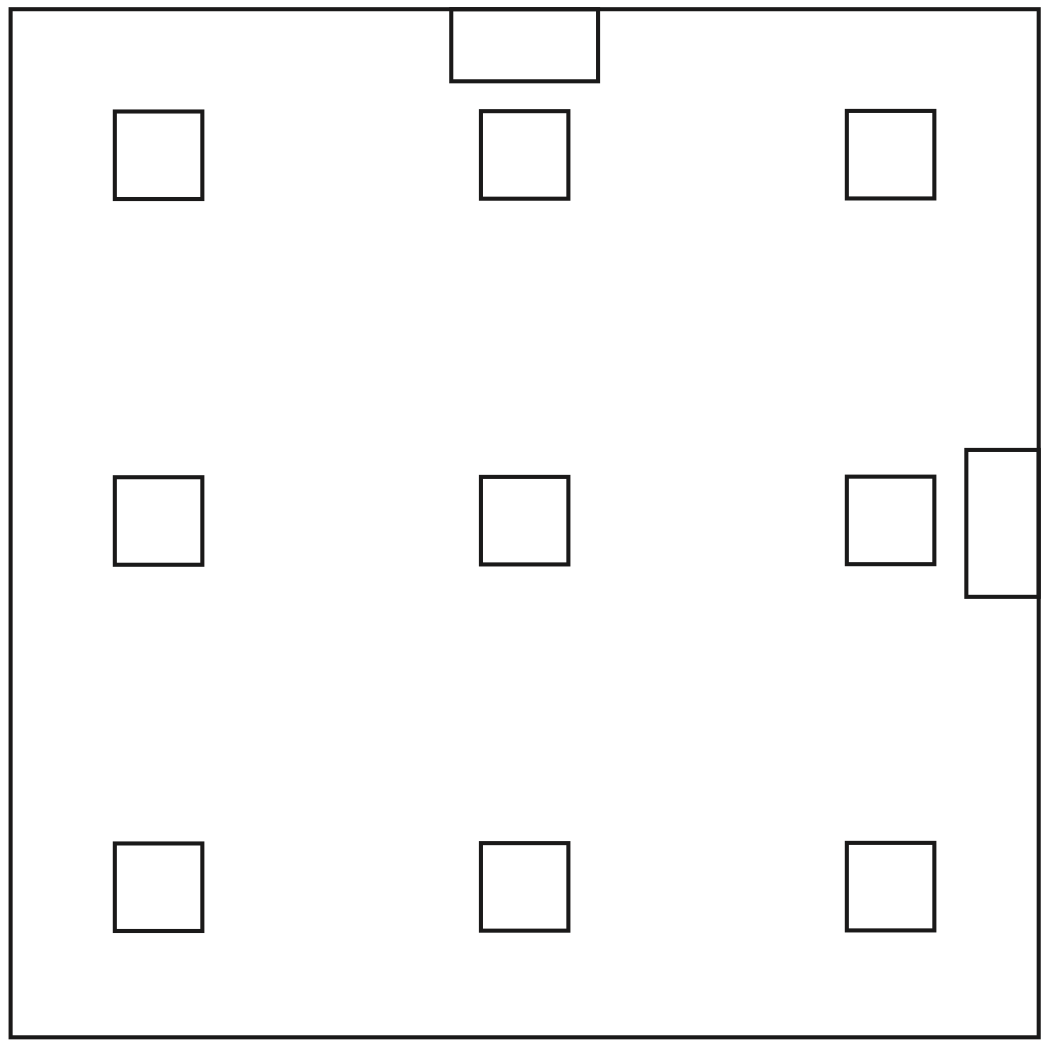 Template of the acrylic base for the hands.

Testing the matrix with the hands on the acrylic base.

hands being shown at the ITP Winter Show.